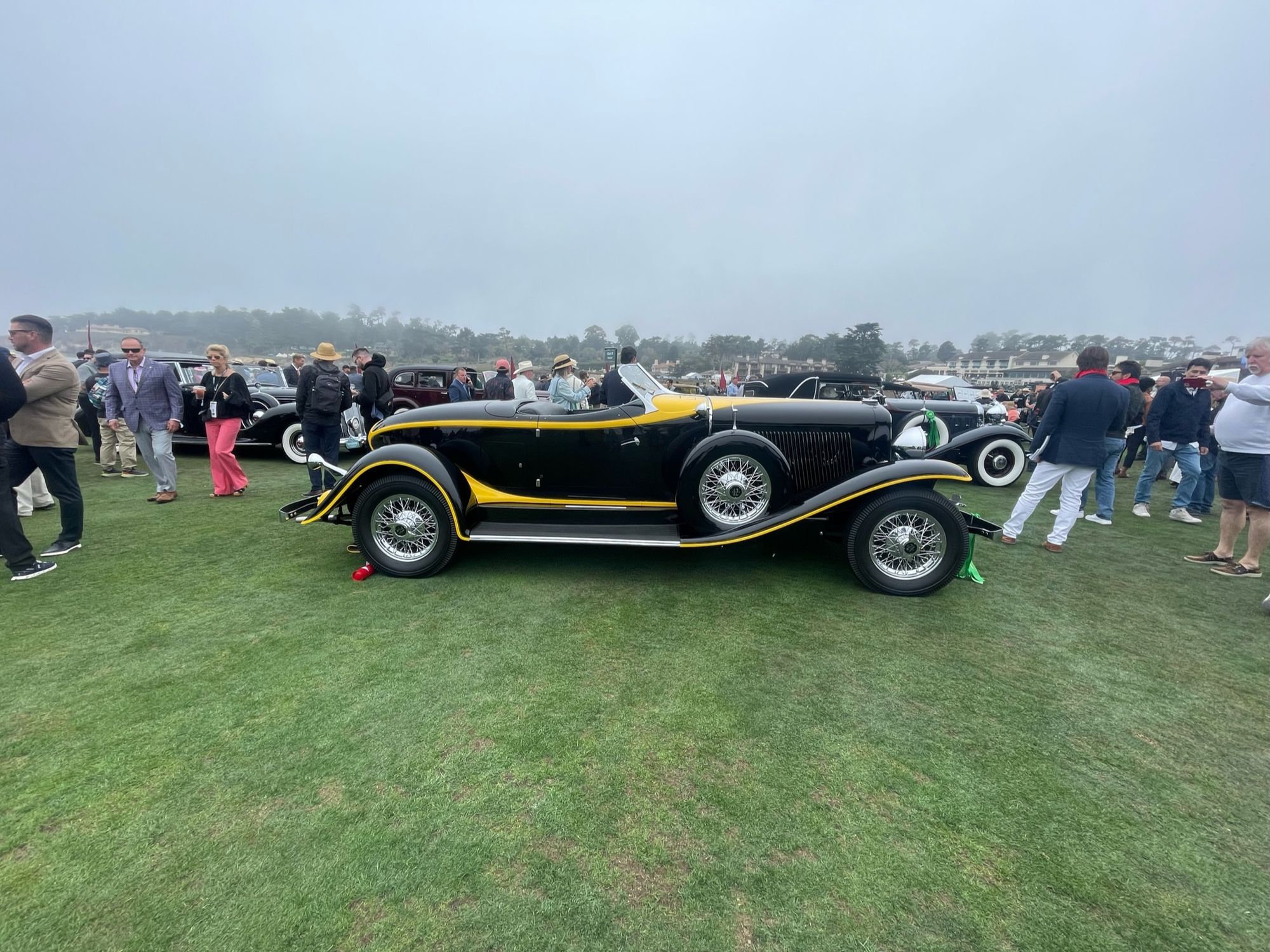 The summer tradition returns to the Monterey Peninsula.

The finale: Sunday attracts the best of the best. The cars and show attendees set the stage for the recipient of the golden ribbon to be announced. Winners are cars that best exude the notion of automotive excellence and elegance combined. This honor has been given out at the end of the show and conclusion of car week since 1950.

Best of Show titles at Pebble Beach Concours d’Elegance are basically the equivalent of the Oscars for car collectors. It also sets the tone for the future of the chosen car’s moniker’s collectiblity and value - something the judes are well aware of themselves. Here's your 2022 winner:

Sunday morning: While we're waiting to find out which car that will be, there's plenty to see, like these wild cars that show the future:

Enjoy the view of some of the most impressive automobiles in history:

The amount of history these cars represent is almost too much to fathom.

This is a must attend event of the weekend.

There's lots of fun conversation being had over the cars.

It's easily one of the most light-hearted and fun events of the whole sha-bang.

Thursday: Now that the Monterey Car Week is in full swing. Kicking off Thursday, a few auction houses have started to livestream, while others are holding out until the big ticket cars cross the block.

There’s plenty of action going on at Monterey Car Week with multiple big auctions and some extremely rare cars crossing the block. To help you catch all the latest news as it happens, we’re embedding live streams from the biggest auction houses.

Numerous interesting, rare, and historically-significant cars will be auctioned off this weekend. Some of the lots have been owned by celebrities, used in movies, or have other fascinating backstories. The bidding surely will be fierce, which means some will go for large fortunes as bidders compete to grab the most sought-after examples. Everyone is excited to see the results.

One of the greatest things about Monterey Car Week is the eclectic nature. It actually involves numerous events in and around Monterey, California. They run the range from classic car races to shows, rallies, auctions, and more. You’ll find American domestics, European, and Asia cars mixed in at different events.

Keep checking back and we'll bring you the big streams, as well as the lesser known gems. If you have a livestream you want us share, please email me at Elizabeth@Motorious.com for consideration.

It's almost time for the moment we've all been waiting for, follow along now...

***Story has been updated to remove ended livestreams.