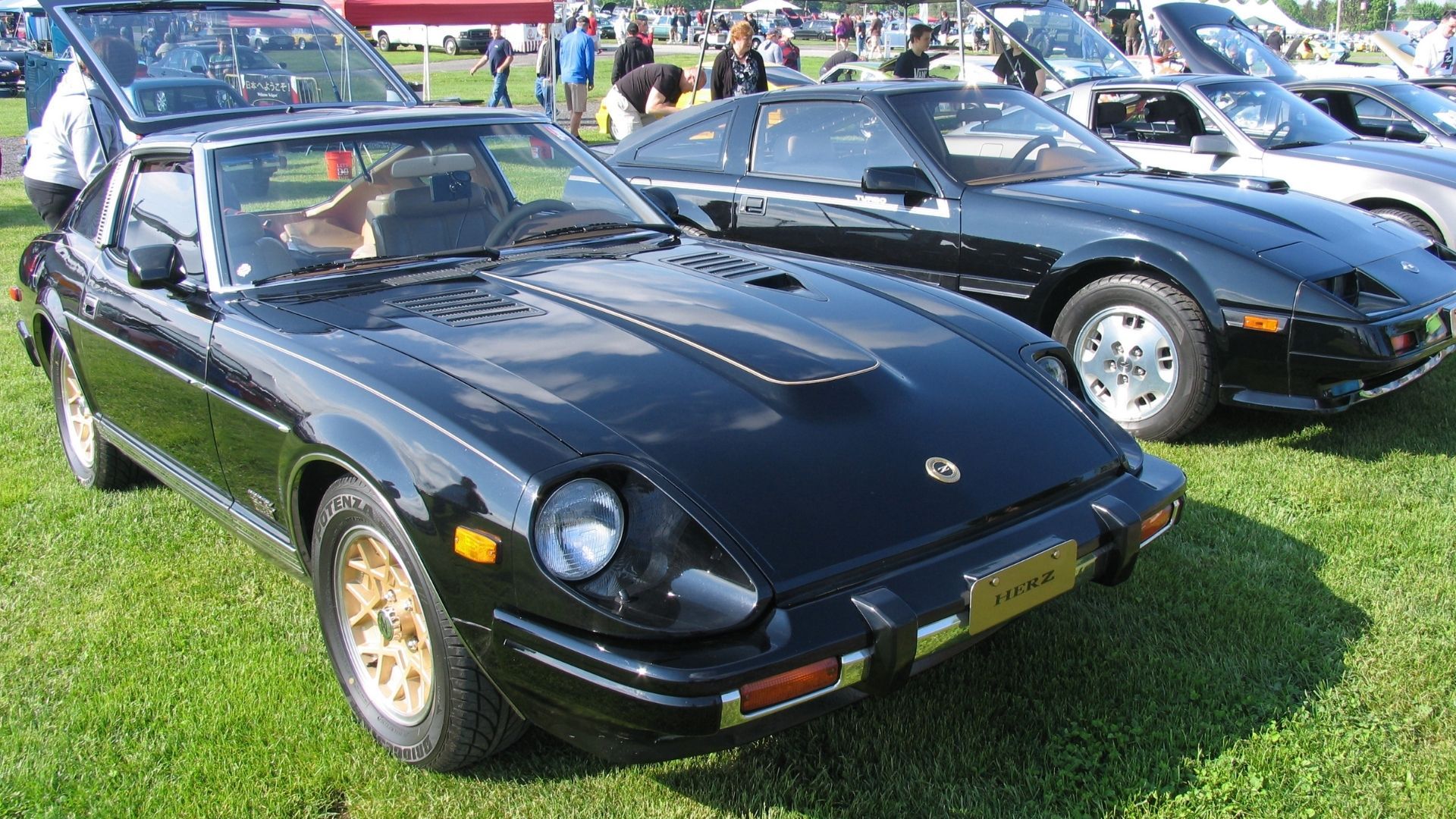 An Indiana man restores the cars he loved as a kid. See them here.

The S30 or first-generation Z, called the Datsun 240Z in the US market, saw more success than most would have imagined. After all, few associated Japanese cars with any kind of true performance at the time. For that reason, many collectors focus heavily on first-gen examples.

Not helping things was the fact the S130 or second generation of the Z got off to a rough start in 1979. Nissan had the aim of making the 280ZX more of a grand touring car instead of a hardcore sports car, which didn’t set well with many fans of the S30. The larger, heavier, and more luxurious model also featured softer suspension and a longer wheelbase for open-road cruising comfort. Most insulting, the 2.8-liter engine produced just 135-horsepower, which paired with taller gearing made the Z feel sluggish.

When 1981 rolled around, the 280Z Turbo turned the ship around, increasing power to 180-hp and 203 lb.-ft. of torque. Tightened up rear suspension meant sportier handling. Enthusiasts clamored for the more thrilling new Z and Nissan listened. The Turbo was able to outrun many performance cars which were far more expensive, embarrassing some of the bigger brands. Once again, Datsun became the marque for budget-conscious shoppers who still wanted plenty of thrills in their car.

The next model year, the naturally-aspirated 280Z also saw a power bump. In other words, the Turbo model helped get the Z pointed in the right direction again. For this reason, the Datsun 280ZX Turbo is a performance hero and worthy of adding to your collection.

With the perception of Rolls-Royce as being one of the most exclusive car brands on the planet, one of the last places you might expect to find a collection of them is in the Appalachian Mountains. Yet that’s exactly what Tom Cotter, the famous Barn Find Hunter, tracked down. What’s even better, the five Rolls-Royces are stashed away in a huge collection of all kinds of classic cars.

Few in the business are as good at tracking down interesting, rare barn finds like Tom Cotter. His show Barn Find Hunter helps give viewers a taste of what it’s like to access some exclusive collections hidden away from prying eyes for years, even decades on end. In One of the latest episodes, Tom visits an old buddy who has acquired several impressive classic cars, including a 1951 Hudson Pacemaker.

Classic Cars Can Be Driven On A Track

Many people look at pre-war classic cars and automatically assume they’re delicate items, almost as if they’re made of crystal. While it’s wise to be cautious with these valuable machines, the reality is they were made to be driven over rough roads and in all kinds of unfavorable conditions. This is clearly demonstrated when people responsibly take their pre-war classics to the track and show off what they can do.