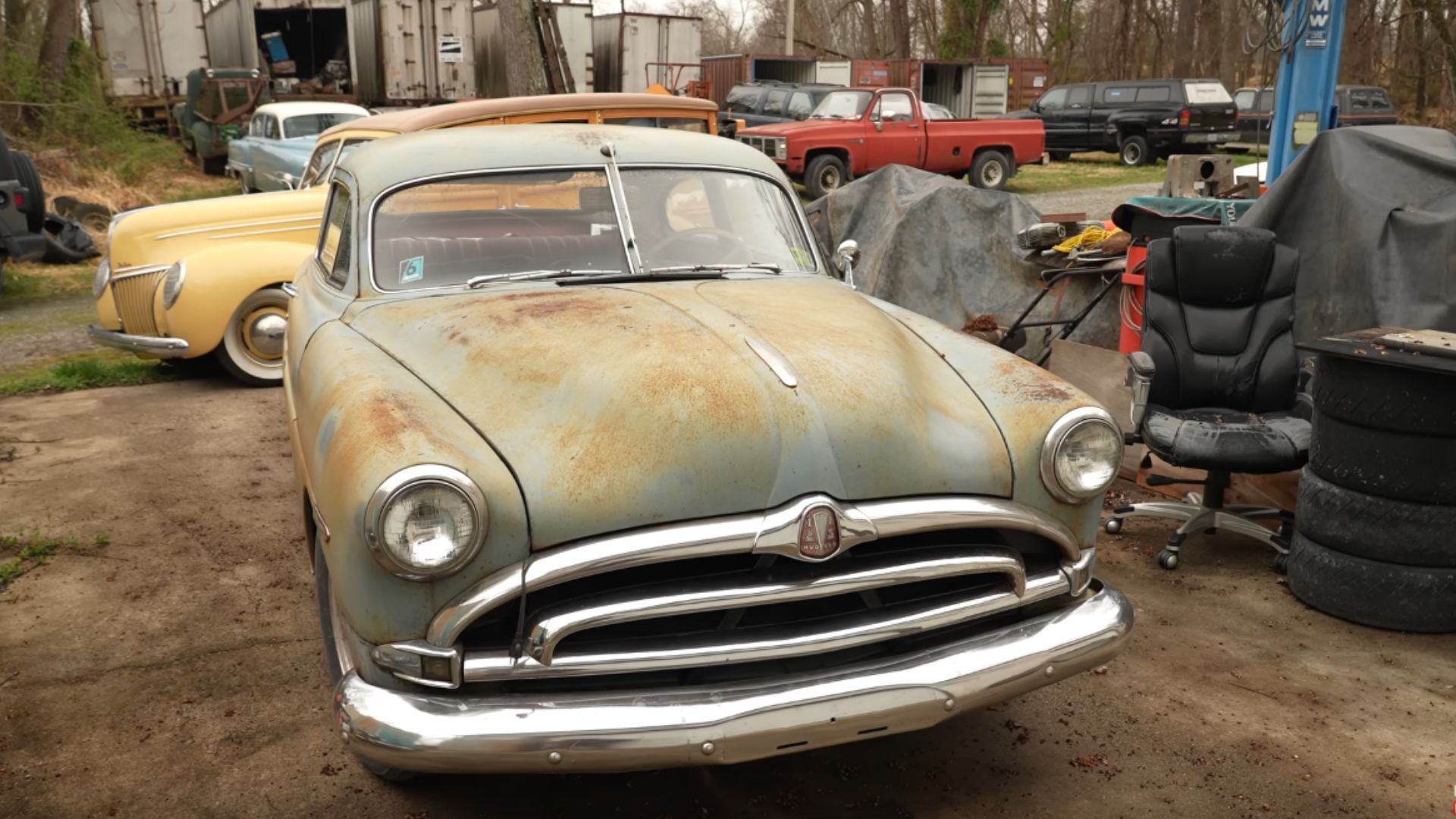 He tracked down some other interesting classics as well…

Few in the business are as good at tracking down interesting, rare barn finds like Tom Cotter. His show Barn Find Hunter helps give viewers a taste of what it’s like to access some exclusive collections hidden away from prying eyes for years, even decades on end. In One of the latest episodes, Tom visits an old buddy who has acquired several impressive classic cars, including a 1951 Hudson Pacemaker.

Learn why classic cars can be driven on the track here.

In post-World War II America, it was the Hudson Hornet which captivated the press and public, thanks to dramatic NASCAR wins and an overall bombastic persona. Left in the shadow of its bigger brother, the Pacemaker was the more achievable, affordable Hudson in the early ‘50s.

Despite being a smaller and less expensive model, the Pacemaker still sported a fastback, making it appear sleek. That was further accentuated by the lower overall height, thanks to Hudson’s Step Down design, keeping the center of gravity lower for superior handling.

Starting in 1953, the Pacemaker was renamed the Wasp and Super Wasp. Production dropped dramatically, even though the Pacemaker was never a volume seller like some competing cars. This is why you won’t run across these much anymore, so to see one on Barn Find Hunter is a real treat.

The owner of this Pacemaker decided to add a turbocharger, British carb, and a 5-speed transmission, making it much hotter than it was right off the assembly line.

On the same property is a treasure trove of barn finds, including a 1960 Ford Starliner, Porsche 914/6, and a Ford Merkur of all things. One of the most fascinating rides he has squirreled away in a shipping container is what he calls “the remains of a Model T Ford.” It’s a racecar made using a Model T as a backbone, along with speed components often used back in the day for home-built racers.